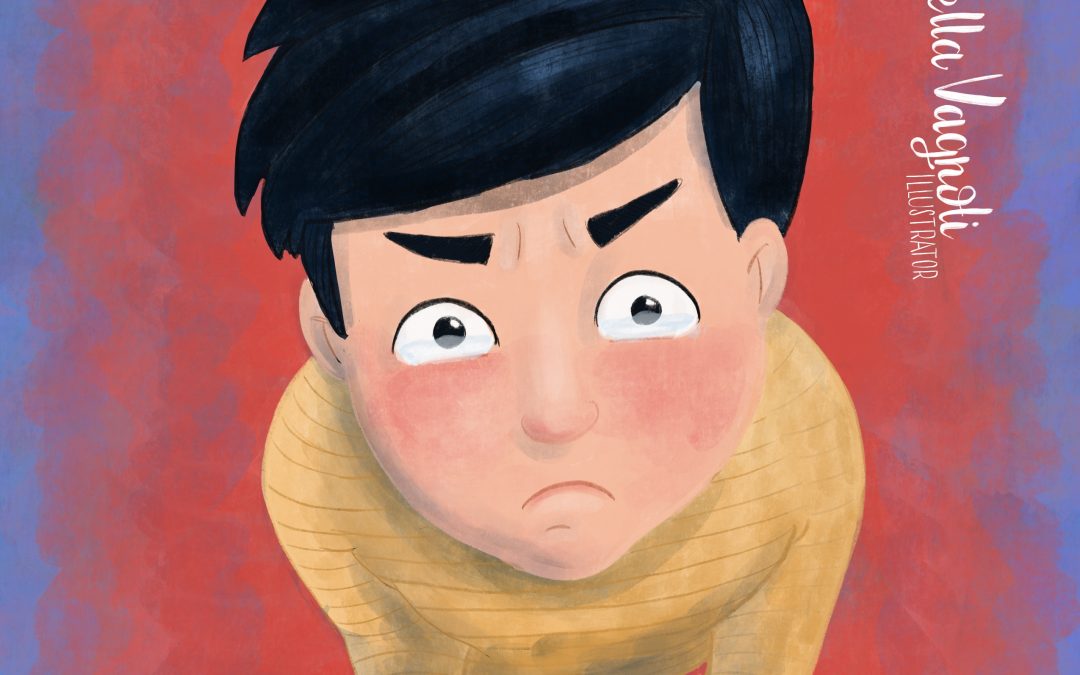 As soon as I read the text that I was given to illustrate I was hooked: not only the book talks about complicated emotions and how to face them and overcome them both as kids and as parents, but it uses color metaphors to do so! It was basically a perfect chance to make sure that color would be an integral part of the language of the book and that it would help communicate the emotions of the book.

Fernando Gonzalez III, the author, is a child therapist at Kids Matter Counseling and he has some wonderful advice on how to deal with your child’s anger (which he sums up in this blog post ), but he wanted to do more: he wanted to have a book that he could use to share with his patients and their family and that’s when he contacted me to do the illustrations for it. It was fascinating to work with him and make sure that the images reflected exactly the emotions he wanted to discuss and the right way to address them.

For example, in the first illustration on the right it was important for him that Daniel, the protagonist, was shown with hunched up shoulders, balled up fists and not crying. His point, which was very interesting to me, was that when a child cries we are more eager to respond with compassion then when a child shows anger, so the tears were only to come later in the book.

How did I come up with the image? Using one of my sons as a model of course! I am lucky enough to still be able to do that (what will I ever do when they grow up??) and my kids are now used to my weird requests…. I can’t tell you how much easier it is to draw from a model! As you can see, although the proportions are a bit more cartoony, I definitely used the photo to help me with the right perspective.

As I said before, color was an important element of the narration; in the illustration above for example, the red represents the anger of Daniel irradiating from him.

In the next example, the colors in the background once again tell a story: from the red of the anger we pass to a purple and then to a calming blue as the dad goes from first instinctive reaction to counting to five and then to taking deep, calming breaths.

I really enjoyed adding as much rich texture as I could since Fernando was on board from the beginning with my love for textures and graininess.

I had an absolute blast creating this book and I really hope it becomes not only an useful tool for Fernando’s work but also that as many kids as possible get to read it with their parents and learn how to work, together, on managing their anger.