Today I would like to talk about three pieces in my portfolio that I like to call ” A Cat’s Adventure” and that are amongst my all time favorites.

I created these pieces for the SCBWI Narrative Award (which I did not win). I remember the theme had something to do with an epic journey and I decided to have a cat be the main character. Here are the three pieces in sequence. 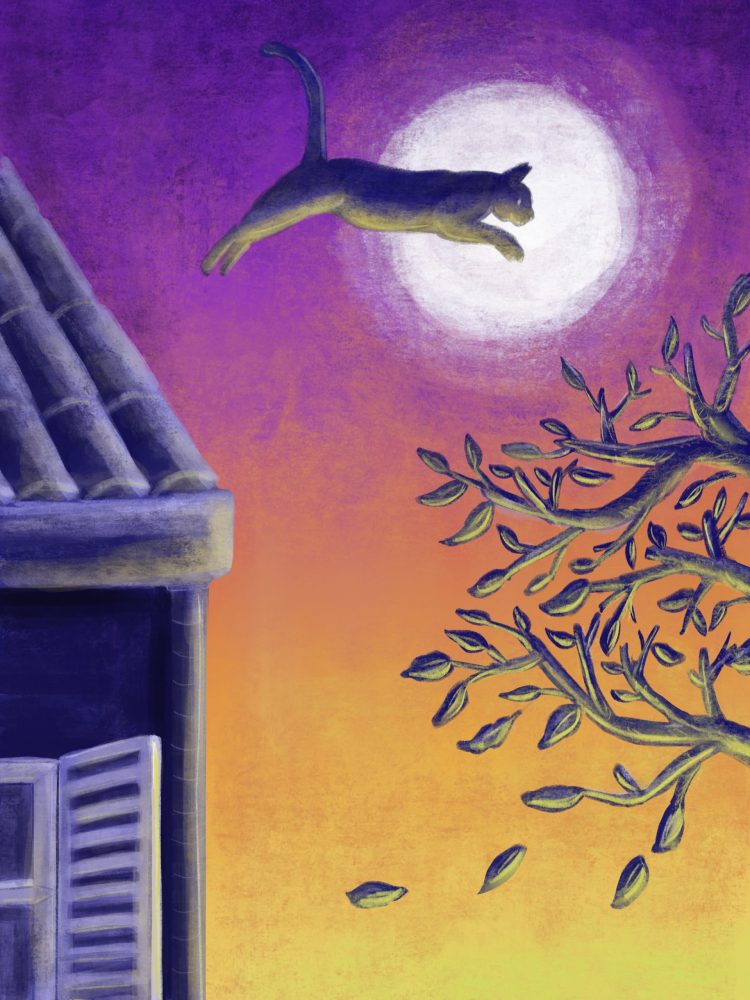 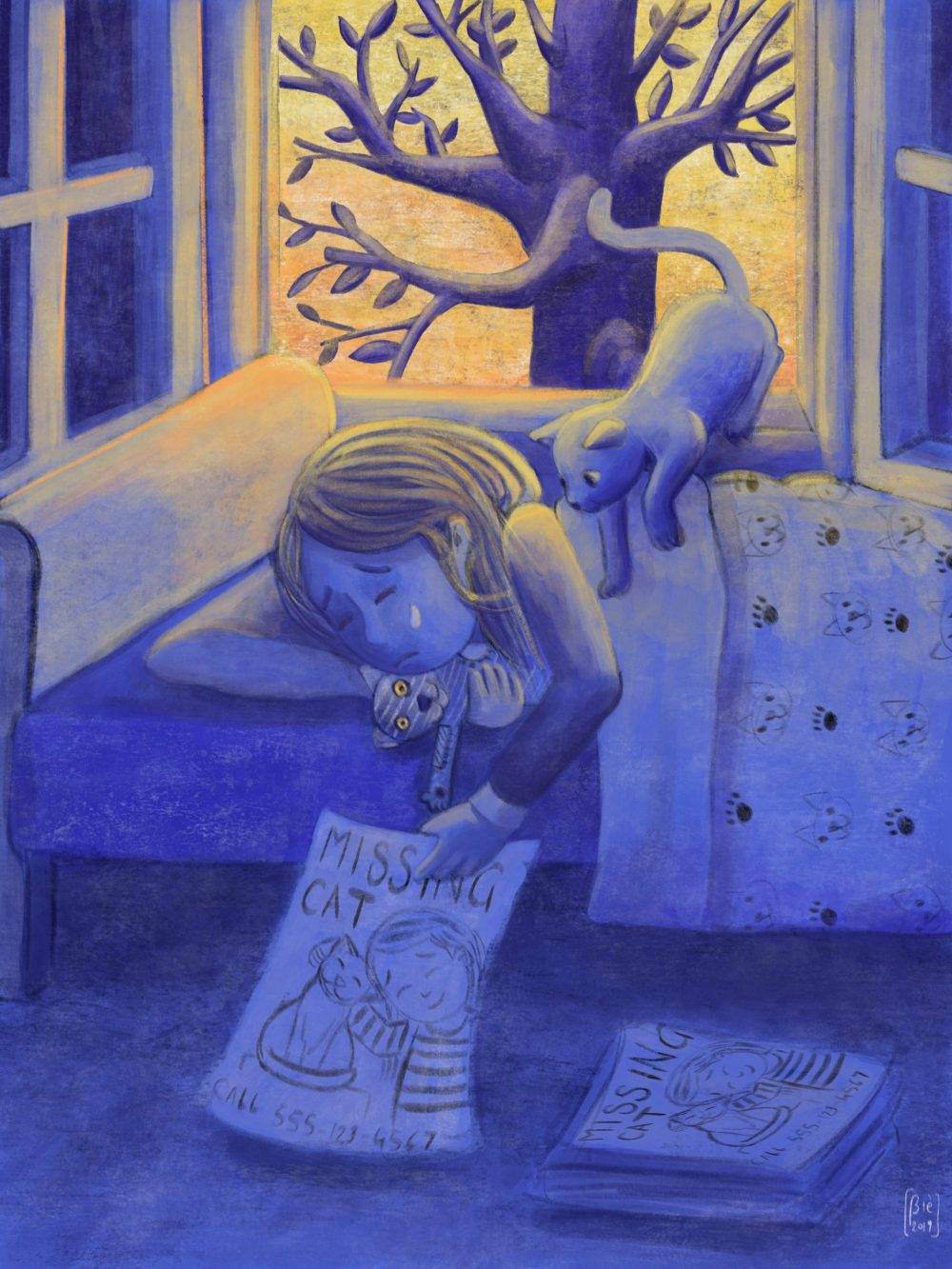 In the first image the cat is crossing over the wires to get down. I have a bit of a problem with adding too many details on my pictures, I just love doing that. As you can see I went a bit overboard with all the different items of clothing (so much fun!) but I balanced it out with a very limited palette and my favorite combinations often include blue/purple and yellow/orange.

For the second panel, I wanted to make sure that the viewer knew that the center of the action was the cat, while he is visible in the first panel, it is not necessarily immediately clear. I placed him again in the center of the picture and outlined him with the moon at the back. I also wanted to show that the cat had travelled some distance from the first picture and that time had passed: I placed him in a more suburban setting (small houses instead of big tall buildings) and added the first lights of the morning in the background.

The last piece is my absolute favorite, and the one that explains the whole story: you can see the same tree outside the window and the morning light getting stronger while the cat climbs on the bed of a sleeping girl. She is sleeping and crying and clutching a missing cat poster and cat stuffed animal. I really tried to render the softer morning light outlining the details in the room so I used a lighter and less saturated blue than I used in the first scene.

I also chose to show the moment just before the girl woke up to add a sense of anticipation, something that would want the viewer to know more not only about what came before but also about what would come after.

For those of you who have owned a cat that would wander outside you know the pain of having a cat be gone  for more than the usual amount of time. Sometimes they don’t come back at all and you are left hoping that the cat is just off on an amazing adventure and that who knows maybe one day it will find its way back to you. This piece I guess is my wishful thinking for some of those cats.